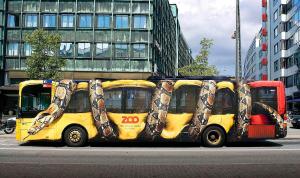 Courage must guide and support us. ~ Francis Bachmann #quote

Love means loving, or at least watching, something you wouldn’t normally love because your beloved loves it. That’s how I found myself watching Titanoboa: Monster Snake with my sons today.

Another reason I found myself watching this slithering slimy hope-I-don’t-have-nightmares snake was because I’ve been inspired by 197 Educational YouTube Channels You Should Know About  which landed me at the Smithsonian Channel.  Clearly there are many snake fans (and those who love them) out there because this is the most popular full episode with over 2.5 million views.

All of my sons thought it was great. They enjoyed the history, computer animations, and how graduate students were involved in the discovery because their brother-in-law, Michael, is a graduate student.  A physics graduate student which turned into its own discussion although I’m pretty sure my eight year old, John Paul, is now waiting for Michael to discover a dinosaur.

Back to the show, John Paul asked, “Who do you think would win in a fight between a T-Rex and Titanoboa?”  After much debate he sided with Titanoboa.  I sided with the T-Rex just to make the discussion interesting.  Perhaps it would be a draw?

Do you watch educational channels on YouTube?  If you don’t, do check out the 197 channels.  If you do, please share your favorites in the comments.  Unless they have to do with snakes.

9 thoughts on “Titanoboa love. How to engage with kids through their interests. #Family #Education #YouTube”

“Midlife is the time to let go of an over-dominant ego and to contemplate the deeper significance of human existence.” ~ C.G. Jung

“Social media is not just an activity; it is an investment of valuable time and resources. Surround yourself with people who not just support you and stay with you, but inform your thinking about ways to WOW your online presence” ~ Sean Gardner

“Excellence is an art won by training and habituation. We do not act rightly because we have virtue or excellence, but we rather have those because we have acted rightly. We are what we repeatedly do. Excellence, then, is not an act but a habit." ~ Aristotle

Drop me a question or comment anytime. All my best to you and yours ❤

Thanks for the likes!